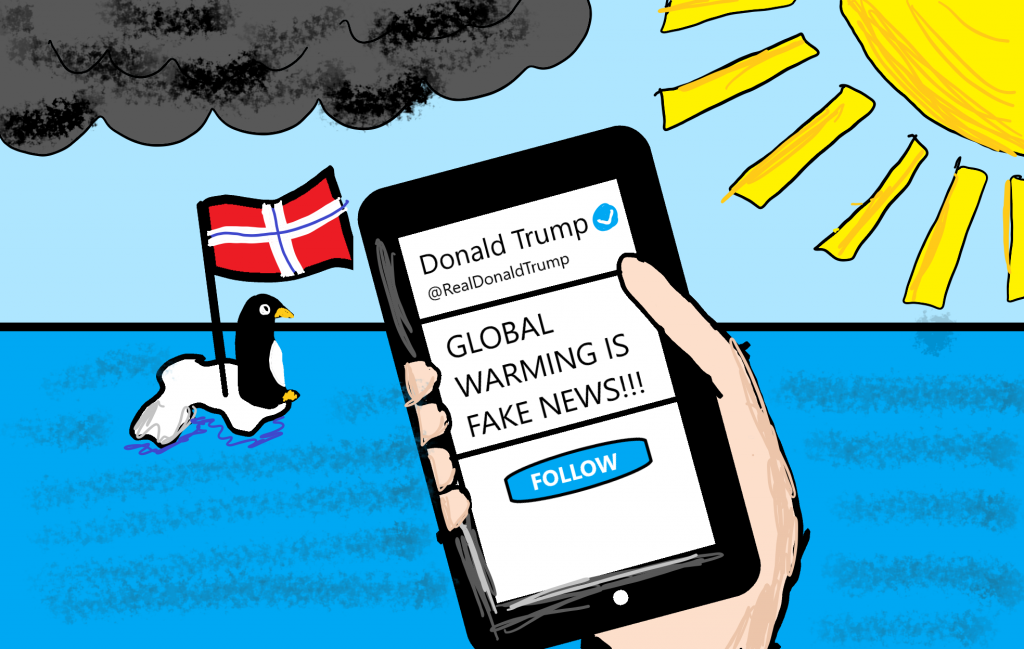 Problems facing the youth today: the denial of global warming

Climate Change is a serious problem, and basically all major governments in the world are ignoring it. As a child myself who knows about the severe impacts of global warming (the temperature is rising by 2 degrees Celsius a year), it’s frustrating, especially since it’s the planet we’ll live on in the future, and I’d prefer it’s handed over in a good condition. But considering where we’re going, and how blatantly people are ignoring it, that isn’t going to happen unless a miracle happens and politicians finally recognise that they are destroying the only place humanity can live, which is slightly problematic.

One thing that frustrates me is the adamancy of people in power that global warming is “Fake News”. Global Warming has been proven by the large majority of scientists.

So, as a result, we present The Last Penguin: The denial of global warming!