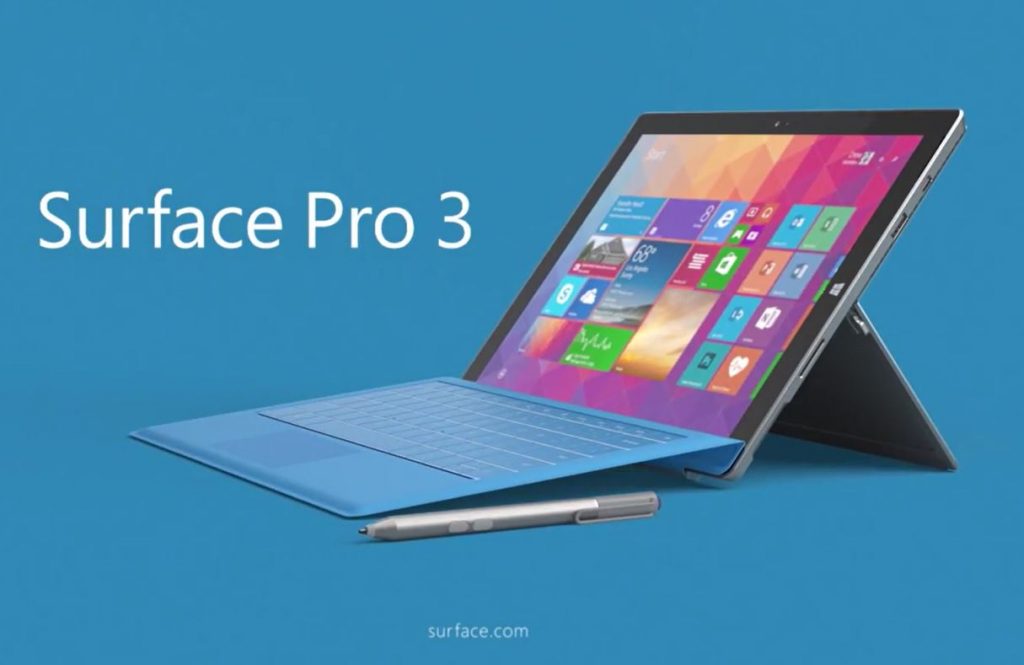 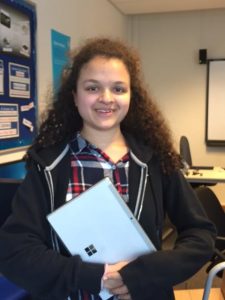 Ariana, Digital Learning Leader. The DLLs are a group of students who are reviewing a number of portable devices at Senior School this term.

For the first two weeks of this trial, I have replaced my iPad with the Microsoft Surface Pro 3 and this is my overall review and rating. I will share some of my (short) experiences with this device as well as some of the basic facts.

When I first received the device, I thought it was a lot bigger and heavier in comparison to the iPad. The iPad weighs around 440g and is approximately 24 x 17 cm whereas the Surface Pro weighs almost double at around 800g and is bigger with 29 x 20cm. I think the size is fine for a hybrid (laptop and tablet) as it fit perfectly in my bag however the weight was a bit of a problem, especially for the lessons where I had to carry heavy books in my bag. I was even told by a teacher that ‘it doesn’t seem much bigger than the iPad’.
Overall Rating = 8/10

This aspect was one of the most disappointing of the Surface Pro 3. I expected the battery to last at least to the equivalent of the iPad which is 10 hours of constant use. Unfortunately, I found that I needed to charge the device almost every day unlike my iPad which I charge every 2-3 days. Browsing rapidly reduces the battery life – I charged it overnight, used it in the morning for 15 mins and was left with 70% battery.
Also, charging from 3% took around 5-6 hours – not sure why this is, it could cause problems if urgent use was needed.
Overall Rating = 3/10

The Surface Pro 3 that I had had 128GB of storage which is plenty. It is also possible to get 64GB, 256GB and 512GB which is an incredible amount of storage space, seeing as the majority of students have either a 16GB, 32GB or 64GB iPad. The storage is definitely more than enough for any student.
Overall Rating = 10/10

Again, this was another slightly disappointing factor of the Surface Pro 3. Everything seemed to take so long to do – things that could be done in around 5 minutes on the iPad took around 10 minutes to complete. A simple thing like turning on the device took around 20 seconds which is around 18 seconds more than the iPad. Typing was alright but tended to slow down at certain parts. Websites took forever to load and the camera took some time to focus on the object. Also, the device seemed significantly slower on the school wifi network (had to keep changing between networks and reentering passwords over and over again). All of these reasons could be because it is an older device in the Surface Pro range or it could just be this particular device itself.
Overall Rating = 3/10

The look of the device is quite nice overall, it comes with a detachable keyboard case with a mouse, which gives it that computerish feel. The keyboard can be placed flat on a surface or at an angle, which unfortunately makes a lot of noise when typing. The device didn’t heat up as quickly as I thought it would which was good. There is also a USB port which can be incredibly useful at times. I also found that I spent less time on the Surface Pro 3 than I did on my iPad – this could be because I wasn’t used to it or there were limited options available to do in my spare time, such as messaging friends.
Overall Rating = 8/10

Although I have given the device a 32/50, I have really enjoyed working with it for the past two weeks. 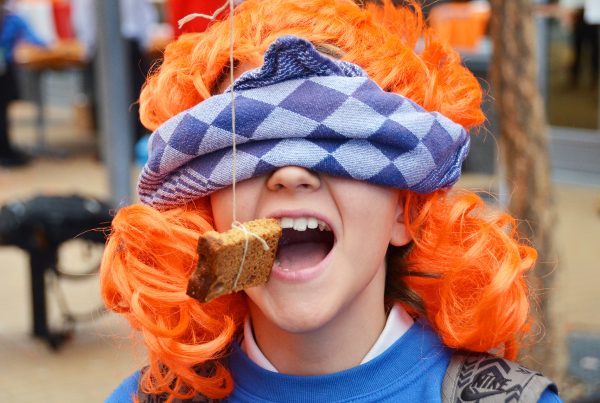